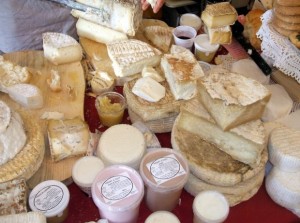 The Barba of Cascina Valeggia and Casale Monferrato Cheeses are a huge success.

Click here to read the article by Tommaso Farina in the Cucchiaio d’Argento (Silver Spoon) website or read the entire article below.

from the Cucchiaio d’Argento, article by Tommaso Farina

The Toma del Barba was shocking. A wonderful and unforgettable surprise, not at all traumatic or that put off in any way. The life of a gourmand is, after all, characterized every so often by intense emotions that can be explosive like St. Augustine’s conversion to Christianity.

Alan Bollito, from Moncalvo (Asti), is a thirty-one year old, but judging from his face you’d say he’s at least ten years younger. He’s the one to blame for giving us such a great emotion. Alan is married to Carla and studied agronomy and oenology in Turin and Geneva. His family is originally from Cisterna d’Asti but moved to Moncalvo in the early twentieth century. And the Asti capital of the ‘fat ox’ is the ideal place for people whose family surname, Bollito, means ‘boiled’.

From the very beginning the Bollito family was dedicated to wine-making. Even today the company, which is called Cascina Valeggia, considers wine as its main source of livelihood: the prime product is the Barbera d’Asti, from the lands of Monferrato and it is a perfect combination with meat and of course boiled meat too.

A few years ago they had a great idea: since we raise goats and cows, why not try making some cheeses? Alan did try, he rolled up his sleeves and today, with great ability, makes first prize cheese.

How can I possibly minimize their completely natural goat blue cheese which is a shear delight? They also call it Bleu ‘d Moncalv, and it is quite unique. It has a creamy texture that isn’t at all chalky and it is both soft and savory with a delightfully rich fragrance. Memorable. But the Toma del Barba (Beard) is even better: a totally rennet coagulation process cheese which Alan dedicated to his father; a pleasant man who, indeed, has a long beard. A seasoned sample is an olfactory explosion in its intensity, and its taste offers soft and enveloping sensuality. It also tends to be slightly piquant. Let’s say it’s not for delicate palates, however many women too adore (and rightly so) this special cheese. Their production also includes fresher goat cheese, and a special goat cream cheese, which is suitable for appetizers and aperitifs. They also produce a remarkable yogurt, which is naturally made without alchemies or tricks.

A final note: I discovered this jewel thanks to the Moncalvo in Tavola association. It is a small consortium consisting of some producers who make great products in the town of Moncalvo: in order to support the location’s agricultural excellence, they decided to team up and enhance each other’s products rather than compete amongst each other. This means allowing a territory to grow. Well done. 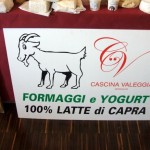 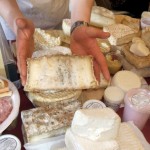 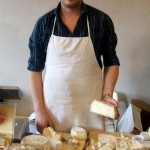 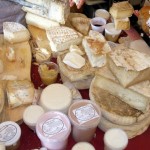